No Result
View All Result

As with most indicators, the ATR should be used just on its own. Without a doubt, the most important thing on a chart is price. Furthermore, trends should be paid attention to as well.

This is where the EMA comes and as it defines a trend quite plainly. Take a look at the chart below:

Notice that the 20-day EMA has been sloping lower for several months. You can see clearly that the market had initially used it as support, but then found it to be rather resistive.

Beyond that, the ATR reading was relatively low until the last couple of weeks. Notice how the ATR is expanding. This is crucial information for short-term traders, and they will certainly use this daily chart as a bit of a guideline for day trading the NZD/CHF pair.

By paying attention to the overall trend in the fact that volatility is certainly growing, short-term traders will be able to sell this market on signs of exhaustion and take advantage of the downtrend overall. You can see clearly that sellers had been in control, even though there were times where the market rallied a bit, but they also sold after that short-term rally.

For the shorter-term trader, this market has offered plenty of opportunities due to not only trading with the overall downtrend but recognizing that the market is starting to expand its reach per session. In this particular example, the market had initially been moving at roughly 37 pips a day, but by the time the trader started to see extreme volatility, it had increased to an average of 107 pips a day.

For those trading short-term charts, a range that is over 100 pips per session offered plenty of room for trades to move. In this sense, the ATR has nothing to do with your system, it just gives you an idea as to whether or not there is plenty of opportunity in the particular currency pair.

For example, the trader that uses the ATR indicator to tell how far a market could move might be trading the five minute charts, shorting every shooting star candlestick formation that they see. They may also use something like a large, round, psychologically significant figure on that same short-term chart. By only selling and hanging onto trades for longer as the ATR has risen, they are on the right side of the trade, and are collecting more profits than they may have if they had not used the Average True Range indicator.

For example, if the Average True Range is 100 pips, then those placing a trade off of the daily chart could for example place a stop loss 100 pips from the entry, knowing that if the market were to go 100 pips against you, something has certainly changed as far as volatility is concerned, and it most certainly is working against you. If that’s going to be the case, then it’s time to bail out of the marketplace.

Depending on what your risk appetite is, you can adjust your position size to fit that 100 pip ATR. In other words, if you have a 2% risk appetite per trade, then you just make sure that the 100 pips that you are basing your trade off of as far as the stop loss is concerned, doesn’t measure more than 2% of your account. 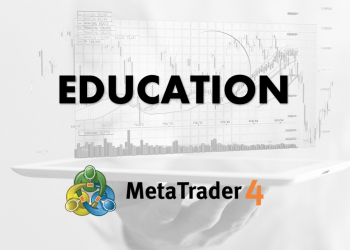 What is Social Trading?

Taking into account all aspects of our Homefxplus broker review, it $5000

this is a smaller brokerage that has been in the market